August 30, 2018
So this Dana Harts isn't recommending something called "Lightning Round," it's going to be a bunch of little things that I don't have enough to say about them to warrant an entire post about it.

While I'm bored waiting for my obsessions, Siren's Lament, Boyfriend of the Undead, and Nobelesse to update, I read other web comics on Line Webtoon.  Not all of them are good.  But they sure are conversation pieces. 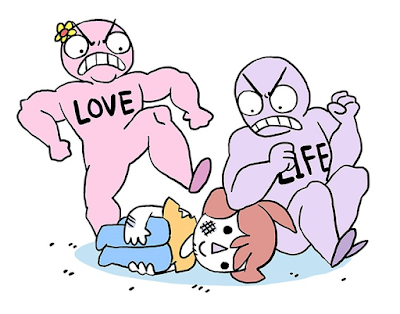 You'll probably recognize this guy.  I've seen his art on Facebook and imgur, sadly usually without credit.  Blue Chair is a Line Webtoon webcomic by Shen. He's the one that did that existential crisis meme that is so relateable it hurts.  You'll recognize his art style, too, as he has a bunch of other famous little comics too.  There's hundreds of these comics, and from what I've read so far, they are all pretty funny.  If you wanted more but didn't know where to find it, now you know!  Blue Chair is still ongoing and has 555 chapters so far. 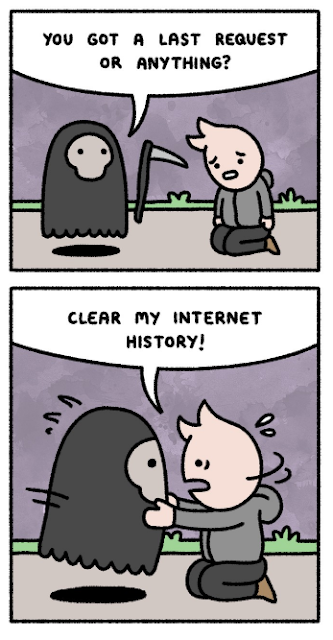 Same thing as Blue Chair, this is a comic you might have actually seen before.  Not much to say about it other than it is also super funny and relateable.  Safely Endangered is by Chris McCoy and has 398 chapters so far. 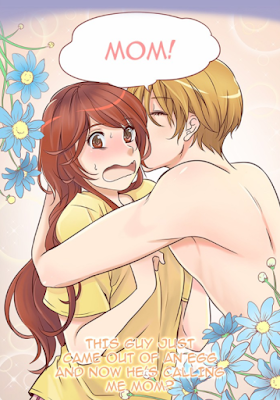 Eggnoid is a webcomic by Archie the Redcat.  It's about a sad teenage girl feeling all alone so the universe sends her a giant egg that then hatches a full grown beautiful naked man that calls her mom.

So I read it because I couldn't believe it could be a thing.  And actually?  I don't hate it.  It's very weird for a long time, but it does eventually establish a somewhat plausible universe that is almost interesting.  The art is pretty.  If you're just as curious as I was about why this thing exists, I'd recommend it, but bewarned, it'll make you feel weird for liking it.  Eggnoid is still ongoing with 125 chapters so far. 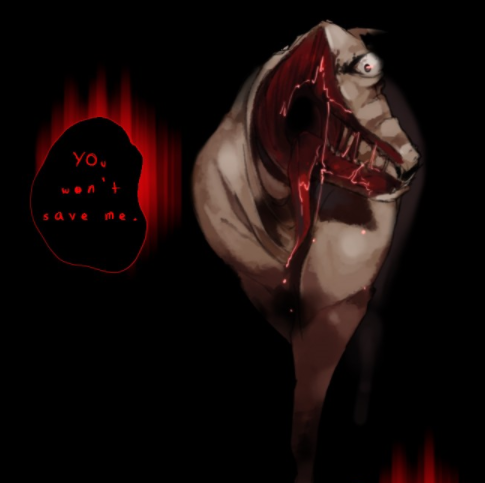 Now this one is pretty epic.  Catharsis is by Ahniki, and is from, you guess it, Line Webtoon.  It's a little hard to explain, but basically when someone's negative feelings get so bad they can actually summon/create a demon that then tries to eat them or their soul or both.  Enter Catharsis, which is an organization you can hire to "fight your demons for you."

Our main character, Leon, is so prone to demons being attracted to his deliciousness that Catharsis actually hires him to fight demons so he can protect himself.  To defeat a demon you literally have to enter this weird dimension that projects someone's mind into the environment around you or something where you then fight the demon.  It's complicated and weird and I still don't quite get it.  But it's awesome.  Unfortunately, the author is prone to hiatuses for some reason (I think health reasons were quoted once), so it's slow going, but well worth the wait.  The art is amazing.  The demons are on the same level of creepy as the original Scary Stories to Tell in the Dark illustrations.  So far it has 162 chapters. 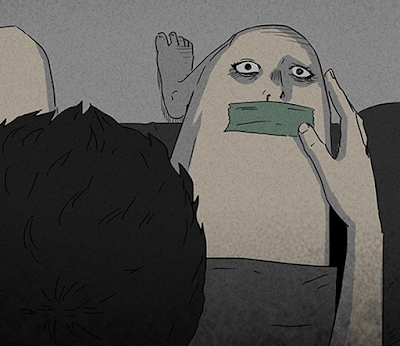 I ♥ Tales of the Unusual

This.  This.  Thisssss.  It's actually been a couple years since I've read this comic and I still feel messed up from it.  Tales of the Unusual is a Line Webtoon by Seongdae Oh and it's horror at it's finest.  Or worst.  It's creepy, okay?  Every few chapters there is a new story.  Some of them aren't very clever, like a haunted painting that kills the girl sleeping beside it.  But there's some genuine sick things that happen, usually because of a person's greed or other fatal flaws.  Like how vanity destroys one fat girl's life when she uses a potion that melts away fat and accidentally falls asleep soaking in the bathtub (but that's not the end of that story, it gets much, much worse, and still has me freaked the heck out).  Or a miserable kid that goes into a haunted elevator that is rumored your double will appear and if you kill them you get to start your life over again.  Or if you write a spell on a piece of paper and put it under your pillow you go into this dream world where if you destroy someone's painting they will die in real life.  It's some messed up stuff.  And it's amazing and terrible and will probably change your life.  Or keep you up at night.  The reincarnation one still has me questioning what life actually means.  Apparently it's still ongoing and I'm scared to pick it back up again (but you know I will) and is at 81 chapters.


I think that's enough for now.  You'll be busy with all this for awhile.  Happy reading!

Art in this blog post belongs to the respective artists.