January 09, 2019
Welcome to another Dana Harts. This time I'm going to tell you how much I ♥ Age Matters!

The best part of the story is that the characters are incredibly lively. Rose is a child-woman, not confident in herself after the breakup and stumbling around in life quite dramatically. She also has a lot of spunk and will call Mr. Yoon out on his bologna. Meanwhile, Mr. Yoon contains complicated feelings and is prone to bursts of anger and jealousy despite his own rules that there is to be no office romances under his watch. The other characters also have personalized drives and goals that make them come alive.

While the art in Age Matters is quite good, it's also a little flat. I've caught many times when the passive look of Mr. Yoon and Rose's surprised stare were copy and pasted into different panels. I'd call it out as lazy, but of most of the webtoons I've read on the site so far, Age Matters tends to have pretty long chapters so I honestly can't complain that much if it helps to move the story along faster. And while I understand that Mr. Yoon is supposed to be a no-nonsense stony-faced sort of person, it does feel like every time I see his face it's just the same image over and over again, even when it isn't a direct copy. The whimsy of "ooh, he's staring at her with hidden, conflicted feelings" died off around chapter 30.


And in light of all of this, damn this story pulls on my heartstrings. And it's a different sort of pull. Normally in a story with an ambitious, beautiful woman getting doted on by multiple very attractive and very wealthy men I'd be feeling a sort of jealousy for the woman. Sort of a "why doesn't this sort of thing happen to me?" feeling. But with Age Matters, I more sympathize with the men and their restraint, unrequited love, patience, fear, hesitation, and uncertainty. It might just be the time in my life making me more inclined to sympathize with the dudes (I'm in a part of my life where getting what I want has proven difficult), but this story really rings true for me. 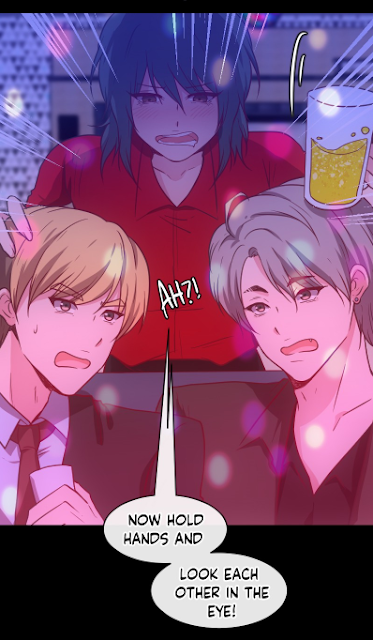 Age Matters is still in progress with 39 chapters so far and one chapter release a week.

Now to find my next webtoon obsession while I wait for more updates. With Nobelese officially finished I need something to replace it.

All webcomic images in this post belong to the artist.